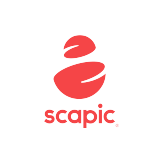 *Scapic is acquired by Flipkart* | Scapic is a no-code platform for brands and eCommerce entities to build AR, VR and 3D shopping experiences. Scapic’s SaaS platform turns ecommerce visuals into immersive product experiences. The company aims to democratize Extended Reality in eCommerce and drive a new generation of product visuals and experiences. Scapic has deployed their no-code platform for several global brands and commerce stores resulting in significant increases in conversions and rise in user engagement. Scapic’s mission is to make technologies like Augmented Reality accessible for millions of Indians and make the camera the next frontier for commerce. Scapic was founded in 2017 by Sai Krishna V K & Ajay P V and is based out of Bangalore andwere recently adjudged the winners of the National Startup Awards 2020, in the Industry 4.0 – AR category